Tango dance is a type of dance native to Latin America. This dance came to the fore in the 1800s. This dance is performed in pairs, namely male and female which has a considerable influence on culture in Europe and Africa. There are also those who say that this dance is the result of the fusion of several immigrants from European countries, such as African culture that entered through the Cross-Atlantic trade route. As such, it greatly influences dance, music, culture, and more. The movement of this dance is quite dynamic which can create a very passionate and romantic atmosphere for anyone who does it.

The History of Tango Dance
Tango itself comes from the city of Buenos Aires & Montovideo which is in Rio de la Plata. This is an area located on the border area of ​​Argentina and Uruguay. Because this Tanggo first appeared and was used in 1890. This means if this word comes from a Latin tangere which means to touch.

This dance, which comes from the lower classes, is growing very quickly and is known by the public. Similar to theater, this dance also develops in suburbs and slums in European countries, especially among Italian, Spanish, and French immigrants. Among these immigrants, there are those of African descent and there are also those who are natives of the area known as the Criollos. It was originally considered a custom, belief and ceremony of the people. Until now it has become a habit that has become the identity of Latin American society. In fact, this dance is getting more and more popular nowadays.

Types of Tango Dance
This Tango dance is divided into two types, namely Ballroom Tango and Argentine Tango. The distinguishing factor is intimacy. Tango Ballroom or also known as Tango International is a dance that is danced by male and female dancers who stick together. This dance is usually performed by a pair of lovers. On the other hand, the Argentine tango dance is a dance whose movements are more organized and elegant with a little distance where not all parts attach to the dancer pair.

Tango Rhythm
Tango dance is referred to as a social dance in Latin America. This dance has a beat of 2/4 rhythm using a medium tempo. This dance movement can be used to attract because it is done with steps that can give the impression that is quite exotic and also tempting. The music for this dance accompaniment is combined from 4 types of musical instruments such as instruments from Germany and Bandoneon, Violin, Flute and guitar. This is one of the typical musical accompaniments of the tango dance.

Tango costume
The clothes used in the tango dance are comfortable clothes and can be used to move freely. The clothes are designed in various ways and are also attached to the body. This is because these tango dancers will tend to move more dynamically and also require them to be able to move and dance with more freedom of movement. So, the materials used for the costumes must be supportive. Costumes are designed not to be too heavy or too stiff. The material used must also be a material derived from Lycra, chiffon and satin. There are also additional brocade trinkets as an additional decoration of this costume. 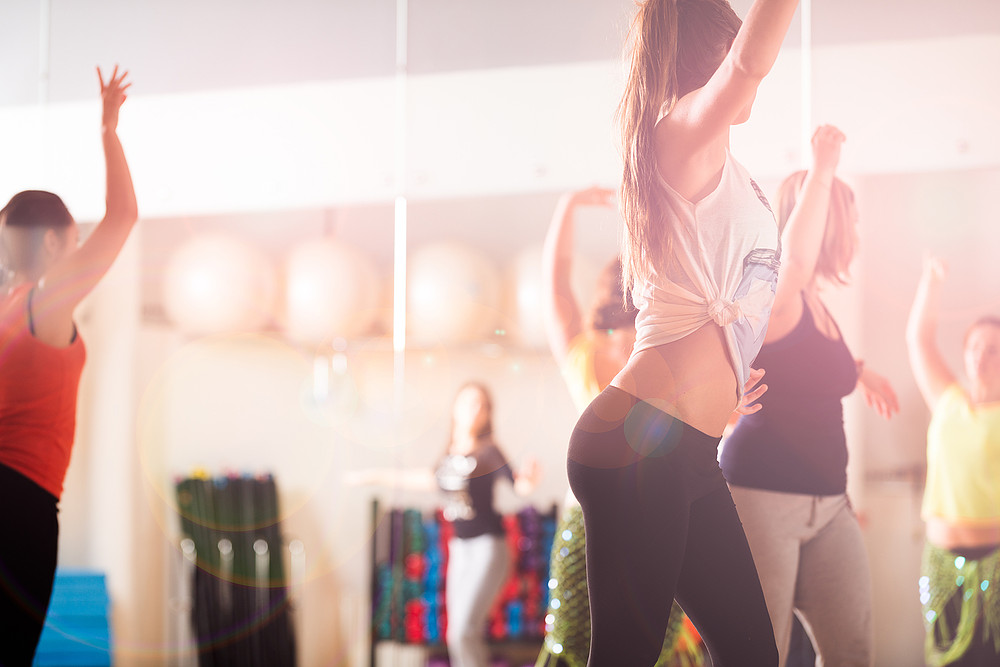 Basically Salsa music is a mixed type of music that gets its elements from traditional African and Cuban music which is also coupled with rhythms from Latin America. Salsa dance is also actually influenced by various dances such as Abakua, Cha Cha, Guaracha, Mambo, Rumba, Palo Monte, and Yambu. 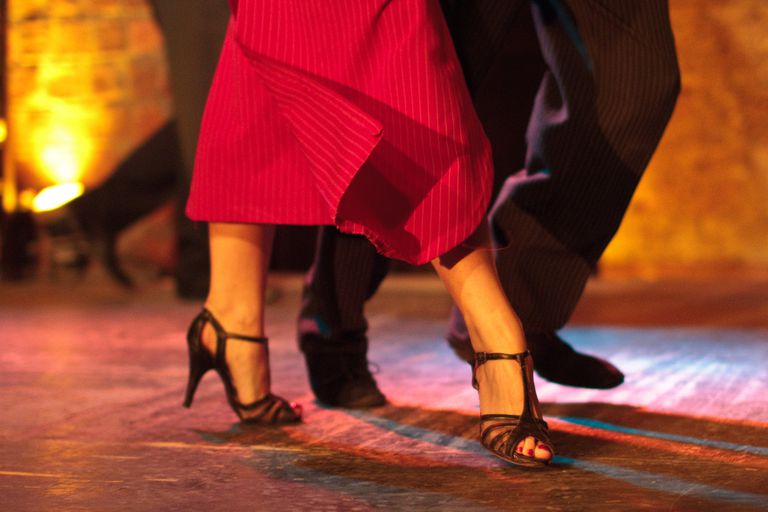 Have you ever seen a pair of dancers doing a tango dance? His movements that look very fun and energetic with lots of showing leg flexibility will certainly make anyone who watches it entertained. Tango dance is already popular all over the world. This dance is also one of the best types of dance to be performed in pairs.
Even the tango dance also has great health benefits. In several studies conducted in two different countries, namely in the United States and in Canada, it is stated that doing the tango dance is positively beneficial for people with Parkinson’s disease.
This benefit comes from the movements in the tango dance that can improve body stability and balance and help form good posture. In addition to these special benefits, like sports and physical activity in general, tango dance is also very beneficial for physical and mental health.
Now to find out more about the tango dance, in this article, we will discuss the history and movements of this dance. Here’s the description.

La Boca: Where the Tango Dance Appeared
Perhaps it is common knowledge that the tango dance originated in Argentina, the country from which tango music also originates. In addition, it can also be said that this tango dance is one of the most famous products of Argentine culture in foreign countries.
Tango dance dates back to the late 19th century. At that time in Argentina carried out the abolition of the slavery system. At the same time, Argentina is also a destination country for many immigrants from various countries, such as Germany, Italy, Spain, and France. These immigrants played a role in increasing the rate of economic growth in Argentina.

It just so happens that Buenos Aires, as the capital city, is the city where the majority of immigrants live. At that time, the genre of music that was popular in Argentina was the genre of Habanera and Guajira music. This genre of music is influenced by musical styles originating from Africa and Latin America.
However, with the increasing level of the economy, not all residents of Buenos Aires become prosperous. Immigrants who are still not prosperous live on the outskirts with residents who were former slaves, namely in the La Boca area not far from the port. This is a lesson in itself, because this is where the tango style of music and dance comes from. Formerly this music and dance was called by the name “La Milonga”.

Early Tango History
At the beginning of its appearance, this dance is usually only played by men. It’s not that women aren’t interested or forbidden to do so. It’s just that at that time, in the La Boca area, the majority of the population was male, so it was very rare for women to do it there.
Slowly, this dance continues to be developed by adding variations to the movement both when performed individually or in pairs.

Tango Dance Development
In the early 20th century, several tango songs spread to Paris. Uniquely, these songs are spread orally, by word of mouth, rather than through writing. Since then, the tango dance has gained a place among the people of Paris. In addition, tango also became popular in some circles of the bourgeoisie. Since being popular in the French capital, tango has slowly become a more respected type of dance. Tango music which usually only uses guitar and drums is then also equipped with the use of instruments such as piano, violin, and bandoneon.

Such is the history and transformation of the tango dance. The dance, which is influenced by elements of Latin America and Africa, is now becoming popular in Europe and also throughout the world.

Tango and salsa dance can be defined as the most recommended dances that you better learn for sure. You can do both of your dances with your partner, so that you will never find them so hard to do. Not only that, they can help you to burn your fat and calories to improve the quality of your health. However, there are actually several things that you have to notice before you want to start learning tango and salsa dance. What are they? Let’s figure them out below.

The Energy while Doing the Dances
The first thing that you have to notice before you learn tango and salsa dance is the energy while doing the dances. You have to keep it in your mind that both of tango and salsa dances will require much of your energy as they will make you work hard and sweat a lot. Based on this fact, it is actually no wonder if many people think that these dances can be the other version of physical exercises that is good for your cardio. In addition to this, it is so much recommended for you to eat your meals before you start to tango or salsa dance practice session. So then, you will be ready to move your body to the exciting music with no problem.

Its Fast Movements
Furthermore, the second thing that you have to consider before starting learning tango and salsa dance is its fast movements. Well, tango and salsa dances will require you to do lots of fast paced moves in order to suit the high tempo music. You cannot ignore this particular thing because it is actually quite hard to do as there are money people cannot follow the fast pace well. So, if you really want to learn the dances, you better prepare yourself for its marvelous moves. Thus, you will be able to dance the fast pace with no difficulties at all.

Taking a Tango or Salsa Class
Moreover, it will be a very excellent idea for you to take a tango and salsa class mainly if you want to learn those dances to the next level. By doing this, you will get the suitable facilities that you need to improve your dancing skills in the best way possible. Even better, you will be able to find the right partner while learning dance, which is so much more fun than you practice dancing alone. So, there is no reason for you to join the class. 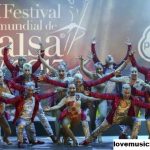 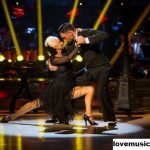 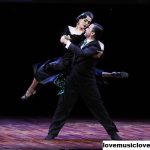